Mashed potato cakes are amazing. In fact, I think the only thing better than buttery homemade mashed potatoes, is having leftovers that get turned into Mashed Potato Cakes! Patty mashed potatoes, flour them and fry them to a golden brown. Top them with sour cream and chives. So hearty, you can make a meatless meal out of them but they also make a wonderful side dish. 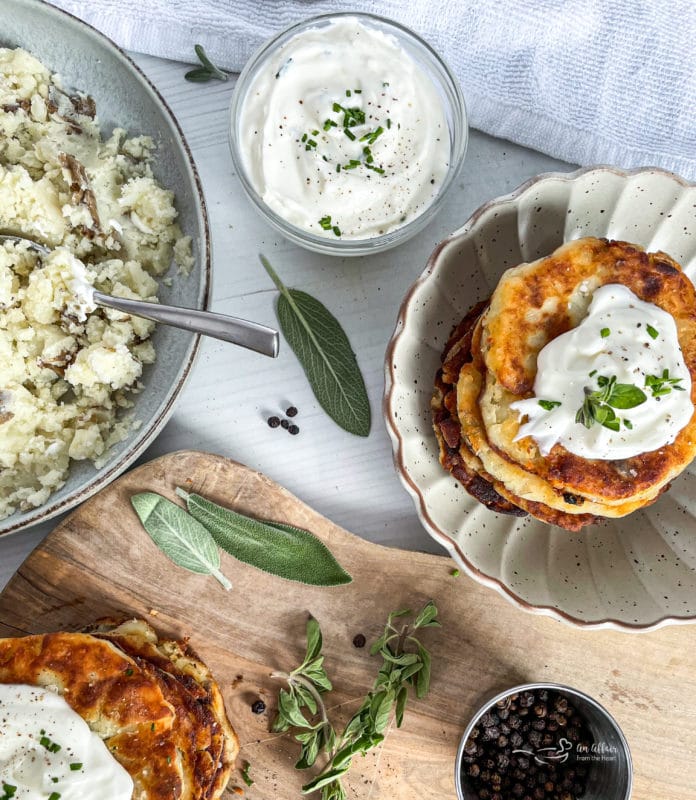 The leftovers will soon be upon us, isn’t that a wonderful thing? I love holiday leftovers almost as much as the original thing, and eating them just warmed back up is fine, but what about turning them into something else entirely? That’s brilliant! Like making these Mashed Potato Cakes from leftover mashed potatoes! 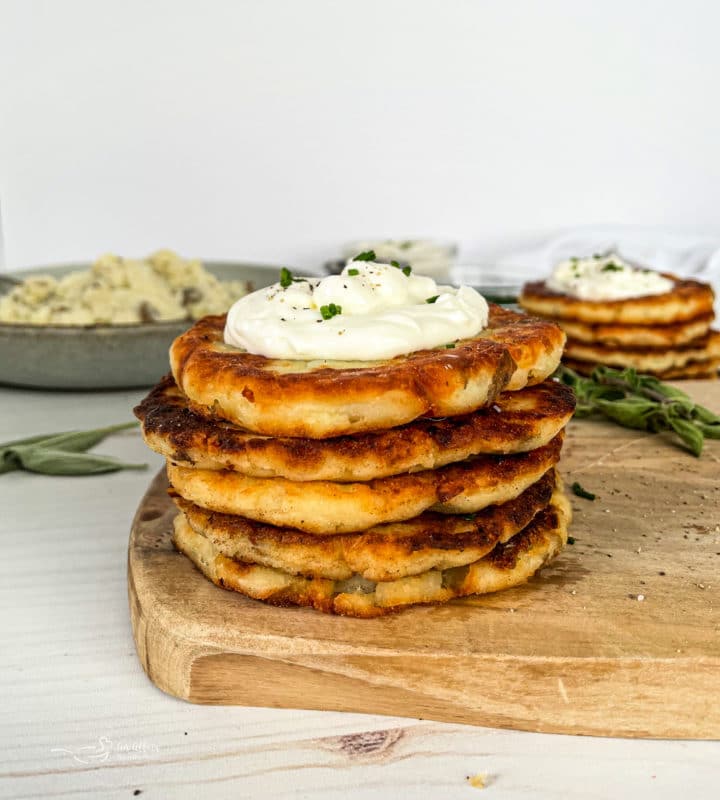 All three of these are very similar, but have small differences, too. All are made from scratch, frying pattied potatoes. 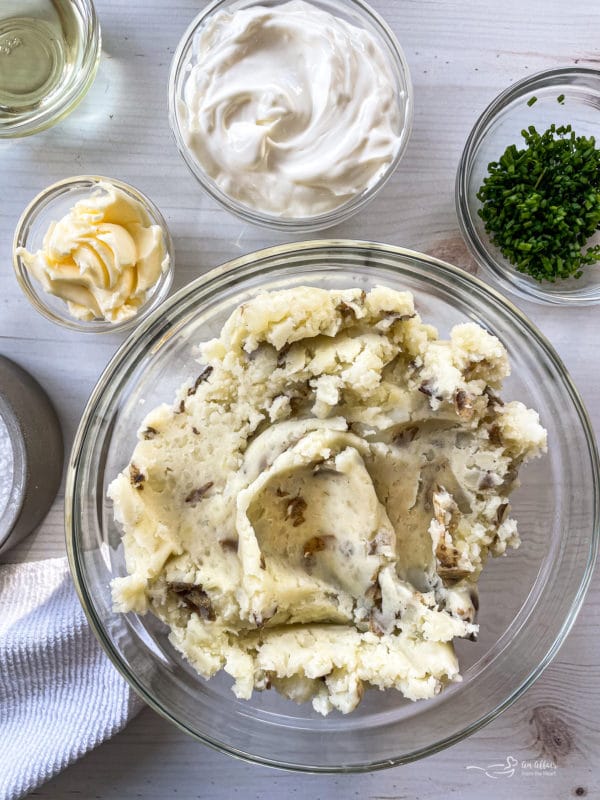 How many potatoes per person?

I don’t know about you, but when it comes to mashed potatoes and pasta, I have never seemed to be able to master not making enough for the tri-state area. Which I guess plays into my love of leftovers, but what if you really want to know how many potatoes will be enough?

Honestly, the answer is that it truly depends on the variety and size of the potato. If you use the big russets, then one per person works just fine.

But of course, you want to end up with leftovers so you can make mashed potato pancakes, right? So double it up. Figure at least two big potatoes per person. 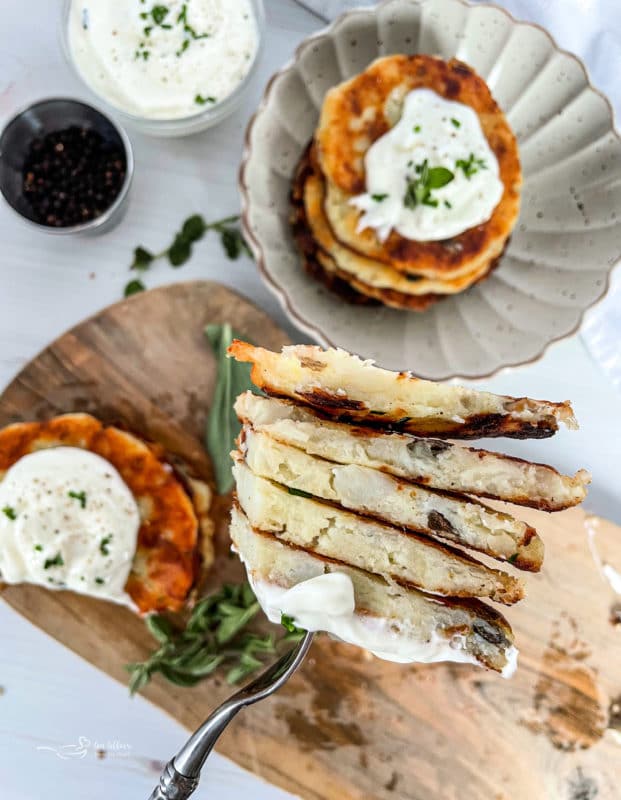 Big russet potatoes, also called “Idaho” potatoes, are the potatoes you probably are using to make your mashed potatoes. These big starchy potatoes also happen to be the best for making fried mashed potato pancakes. Being extra starchy, they fry up nice and crispy on the outside but stay incredibly fluffy on the inside. 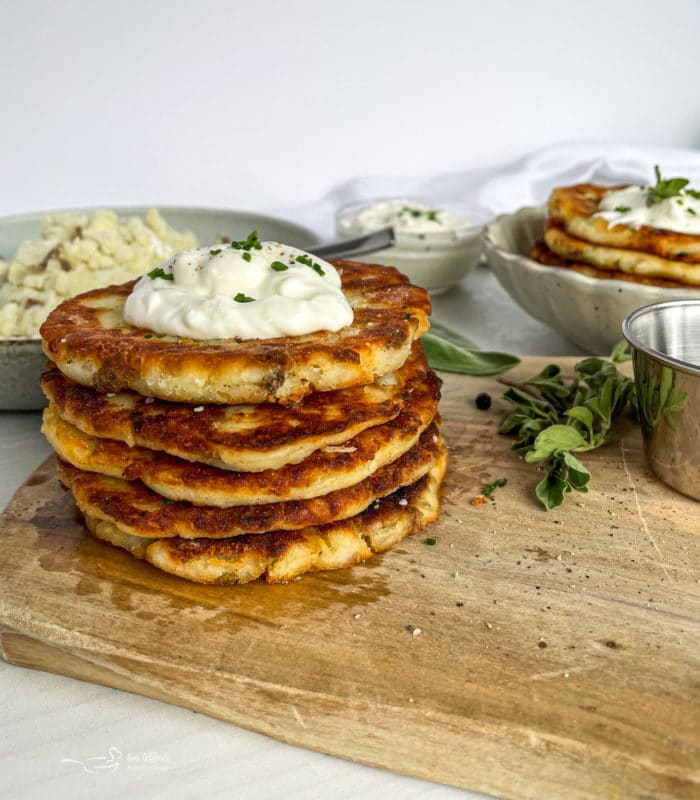 Should I peel potatoes before I mash them?

I personally like the skins on. But of course, if you are a fan of peeling potatoes and want to start with skinless, then that is fine too.

It’s really a personal preference.  If you decide to leave them on, make sure that you wash the skin and remove any dirt or eyes in the potato, before you cube them up to boil.

The skin has a good amount of minerals and vitamins and that means it adds a bit to the flavor too.

But again, these are great either way! 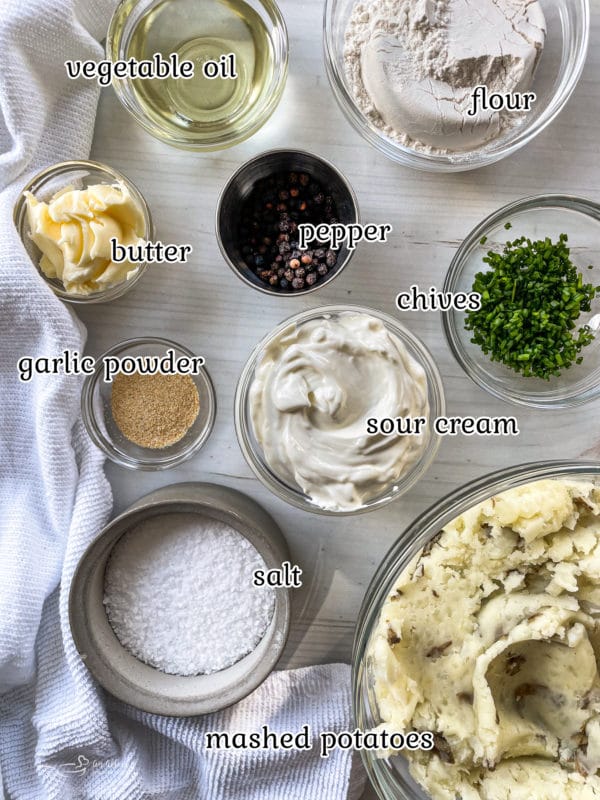 Simple ingredients go into these delicious potato cakes! Here is what you’ll do:

Divide potatoes
to make 8 portions and form into patties.

Mix together flour, garlic, salt and pepper and
dredge uncooked potato patties in the flour mixture.

Heat oil and butter in a large skillet over
medium-high heat and cook patties 10-12 minutes or until a golden brown on each
side.

You can find the full printable recipe at the bottom of this post. 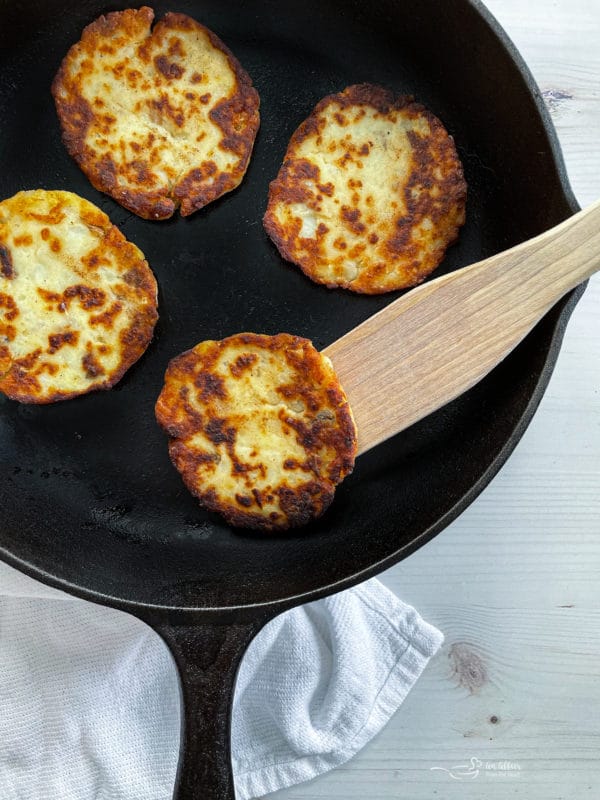 You do want to get a nice crunch on the exterior. So make sure your oil is nice and hot. The hotter the better because then everything holds together much better with that nice crunchy golden brown on the outside. There are some tricks to keeping them intact and not falling apart during cooking.

First, and most importantly, be gentle and use a nice wide spatula to flip them. If the oil is hot enough, then browning them up also helps hold them together. Watch and as the steam stops coming off the top of the oil then you know the inside is ready and will hold together better. 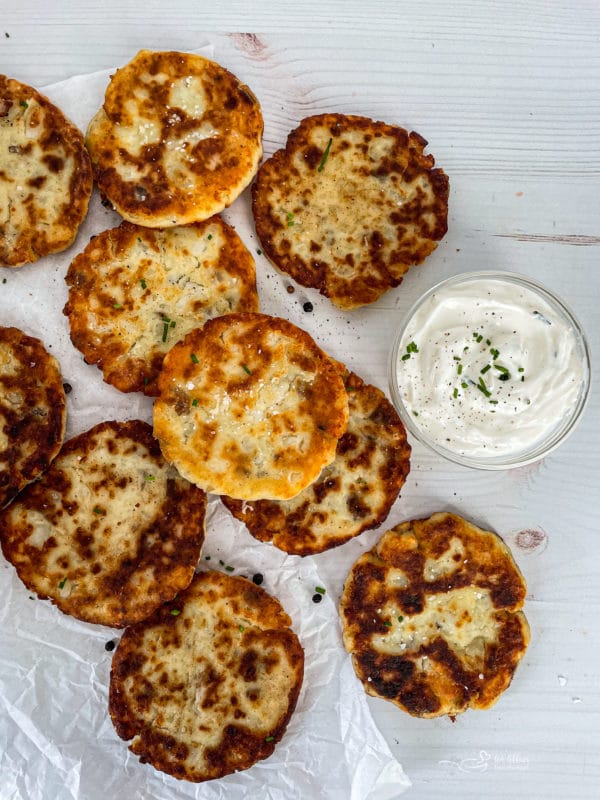 To make them extra delicious and even more hearty and main course worthy, then load your mashed potato cakes up! I served them here with sour cream and fresh chives. They are also super good with green onion and bacon bits! Add some cheese and you’ll have about the same ingredients that go into my recipe for Loaded Mashed Potatoes! 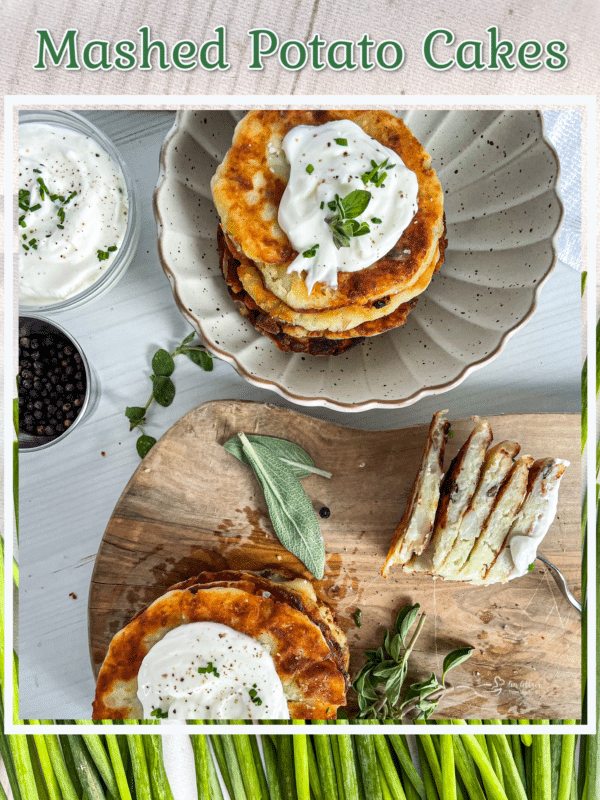 Love them? Pin them!

Don’t forget where you found the recipe for these Mashed Potato Cakes! Pin them to your favorite Pinterest recipe board before you go! 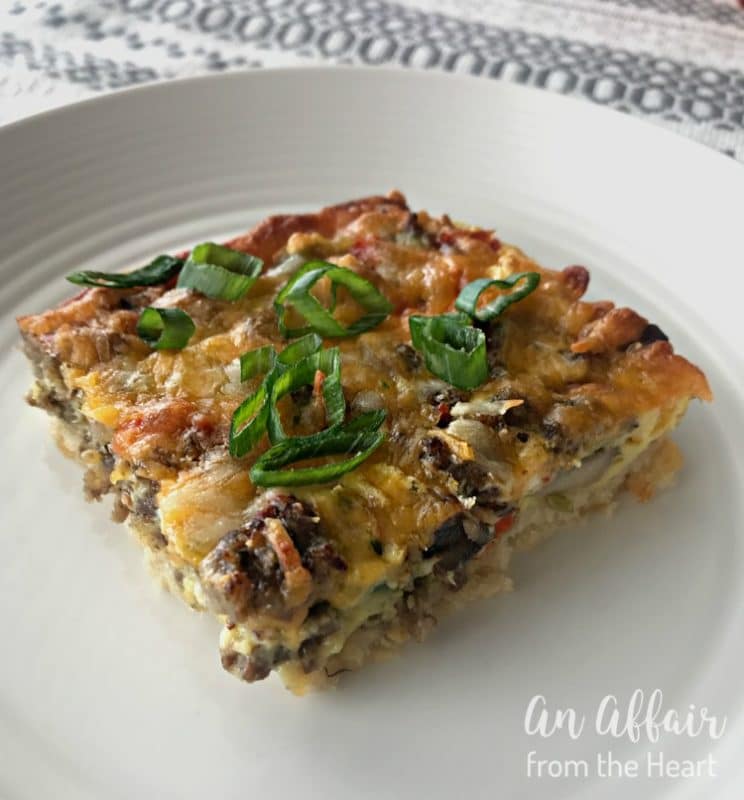 Mashed potato cakes are a great addition to brunch! I think they would compliment these brunch items nicely, don’t you? 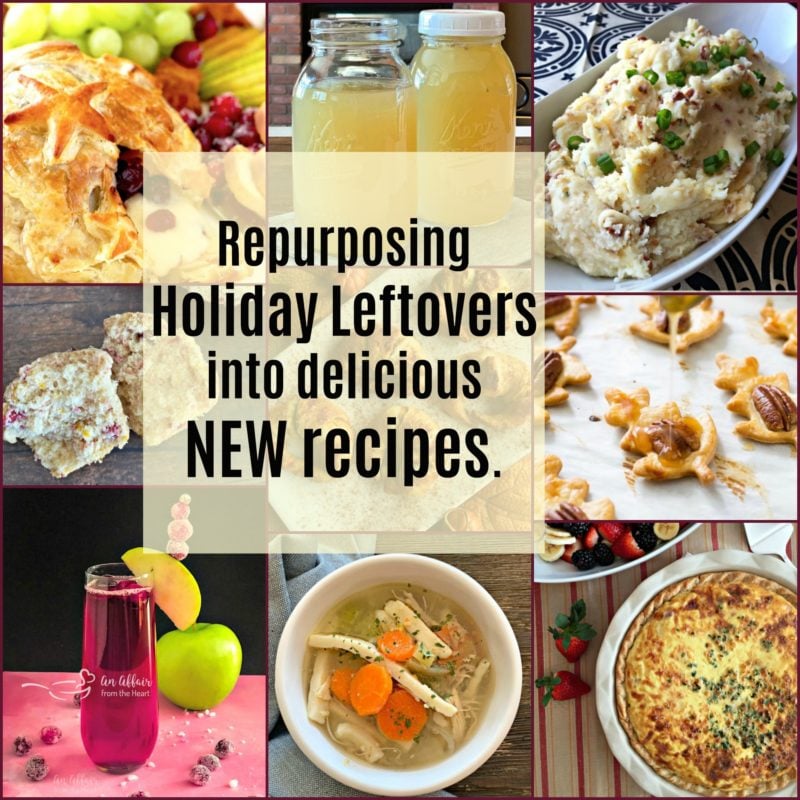 There are so many ways to repurpose those holiday leftovers! Whether you have leftover turkey, ham, veggies, stuffing, cranberries, pecans, rolls, or pie crust — I have you covered with all sorts of ways to turn leftovers into new recipes!

Everything from salads, to soups, from appetizers to cocktails and full meals. Check out all of the recipes and ideas in this handy post: Holiday Leftovers Repurposed 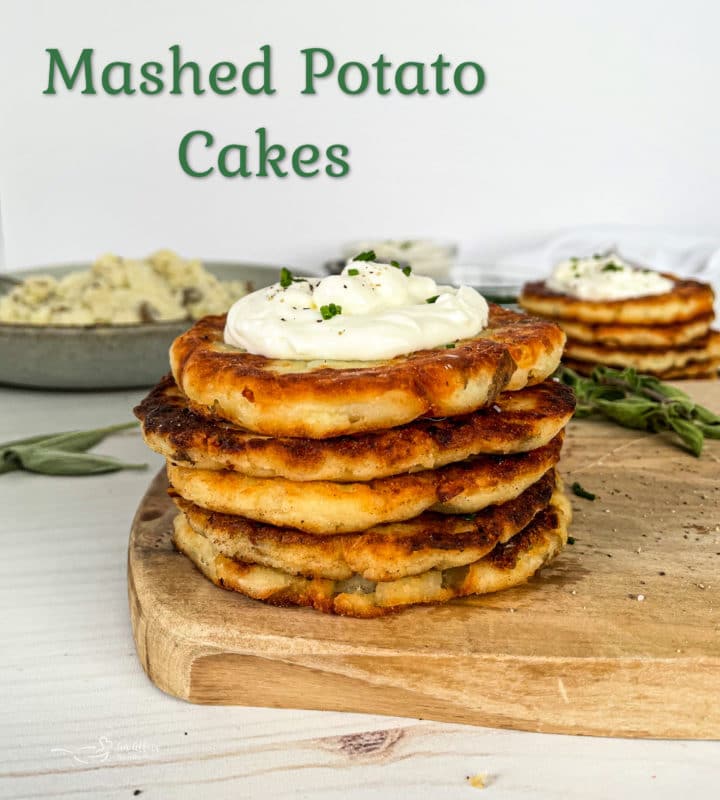 Let’s get to the recipe for these Mashed Potato Cakes, shall we?

Hey! I’m Michaela, welcome to my kitchen!  While you’re here with me, I hope that you will find all sorts of simple and yummy recipes to share with your family. I pride myself on sharing tried ... END_OF_DOCUMENT_TOKEN_TO_BE_REPLACED 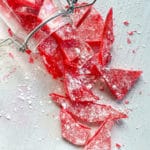 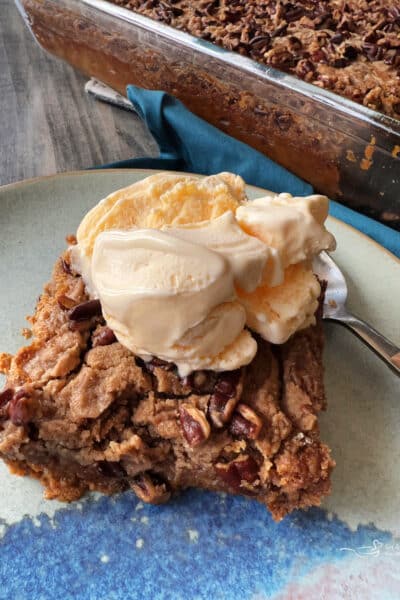 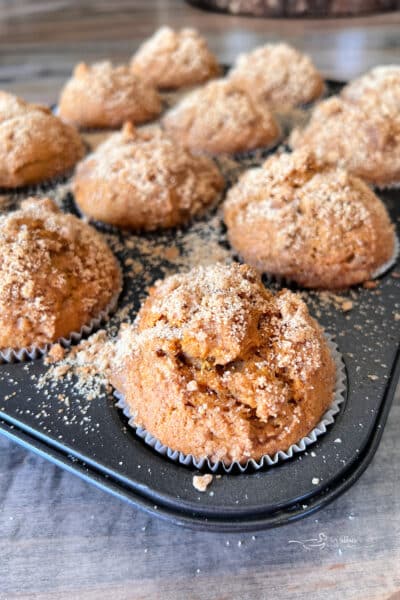 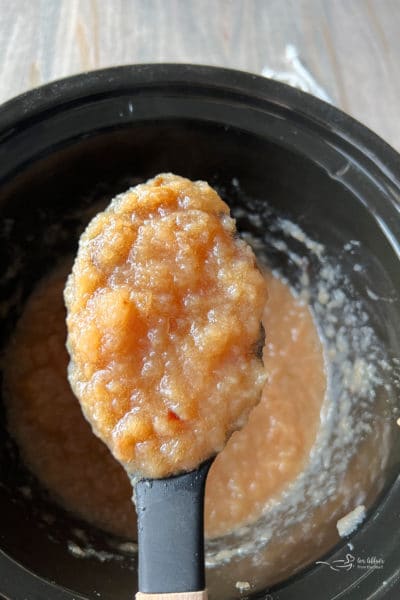 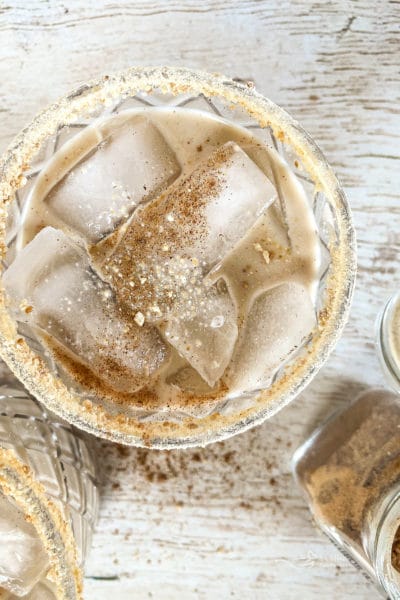 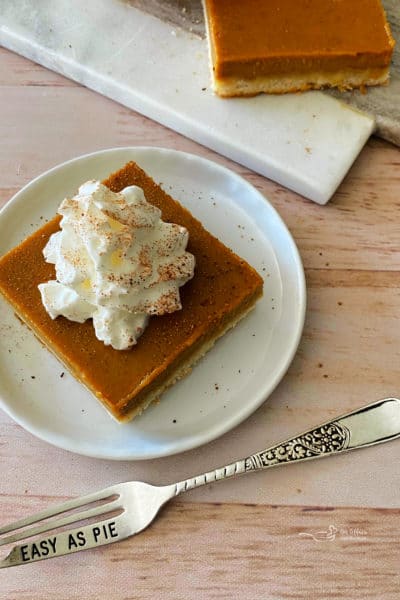