Jump to Recipe
I have had this recipe on the brain ALL day today.  This morning a fellow blogger was asking for peach recipes. I have a crisp recipe that is just to die for! So, when I commented on her post about what I would do if I had an abundance of peaches laying around, all I could do was think of that crisp! 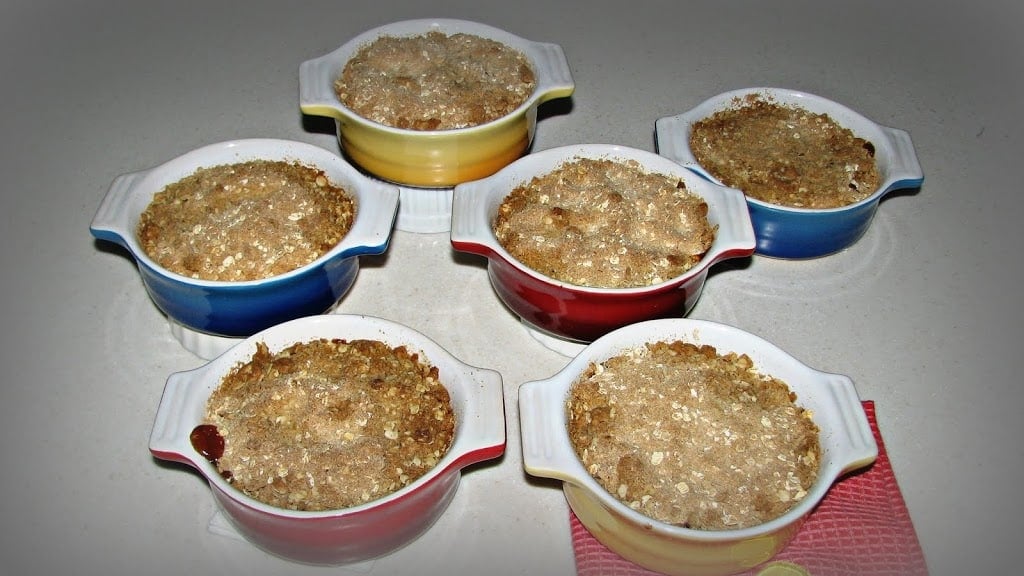 peach crisp
Low and behold, I was at the grocery store, like I seem to be about 5 days a week, and peaches were not only cheap, but they smelled wonderful!! I gave in to my craving and picked a bunch up.
Now this recipe is written for apples, but I have made it with all kinds of fruits, peaches is by far one of the better choices. But you see, it’s not so much what kind of fruit you choose, the crumb topping is just so darn good, it makes them all tasty!
Normally I make this in a 9 x 13 pan, but I had purchased these cute little crocks to use for french onion soup this winter, and they were so stinkin’ cute I decided to use them for the crisp, to give them a test drive. Aren’t they precious?? 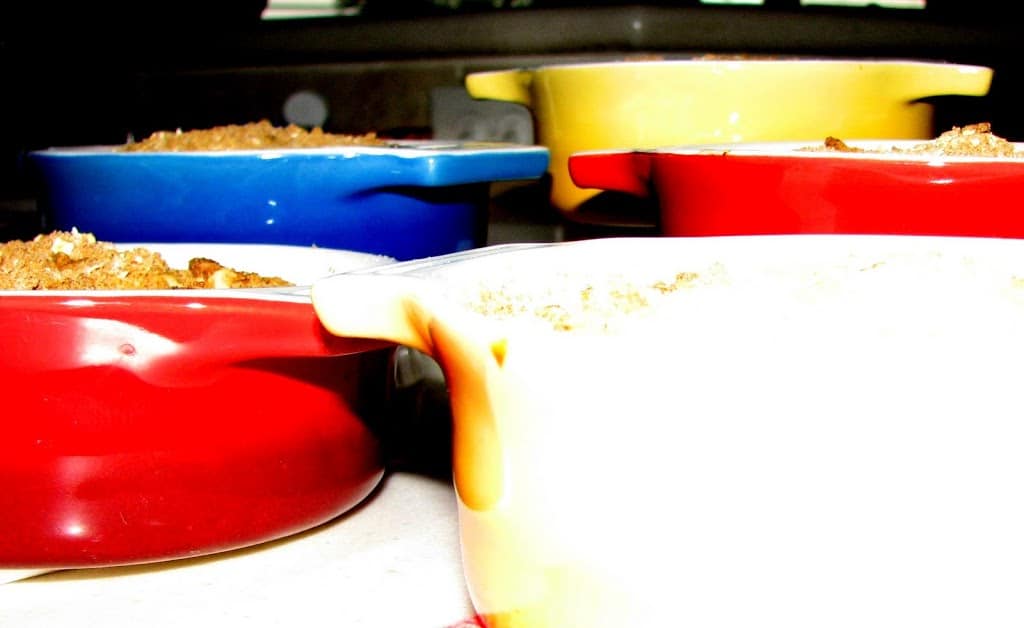 cute little crocks
I’m not sure what was going on with the flash on my camera, but it super exposed all of the pictures tonight? I only have one crock left, but I promised it to my oldest who is out whooping it up before school starts, so these pictures will just have to suffice.
I have made this many different ways, would love to know if you make it, what you used!
One more over exposed picture that didn’t do this melting ice cream on warm crisp justice…
trust me, it tasted terrific! 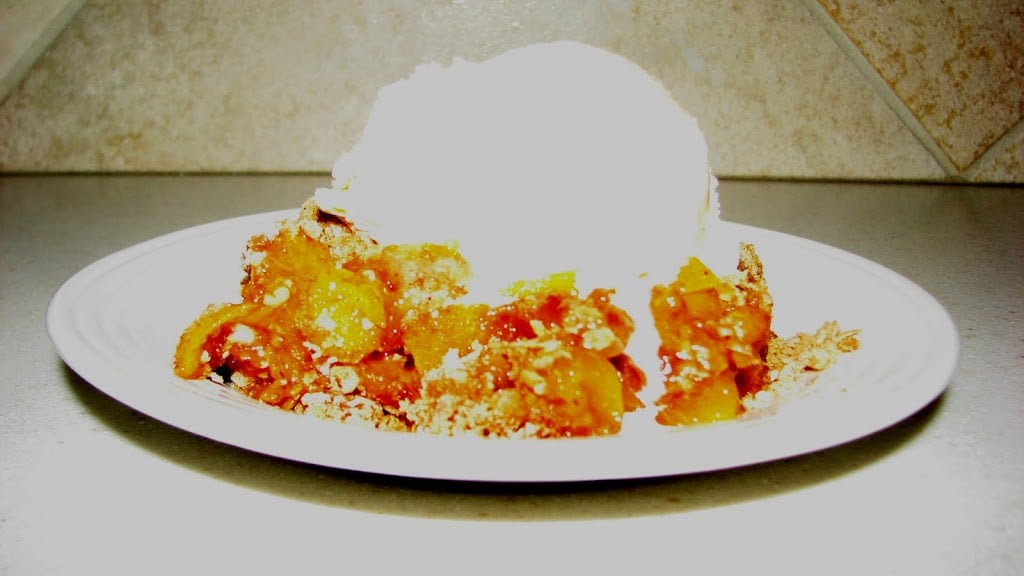 In a bowl, combine topping ingredients, working with fingertips until mixture is crumbly. Reserve.

Stir together flour, sugar, and cinnamon in a large bowl. Halve and core peaches, peel and slice. Toss the peaches with the cinnamon flour mixture. Spread peaches evenly into a greased 9×10 pan.

Hey! I’m Michaela, welcome to my kitchen!  While you’re here with me, I hope that you will find all sorts of simple and yummy recipes to share with your family. I pride myself on sharing tried ... END_OF_DOCUMENT_TOKEN_TO_BE_REPLACED