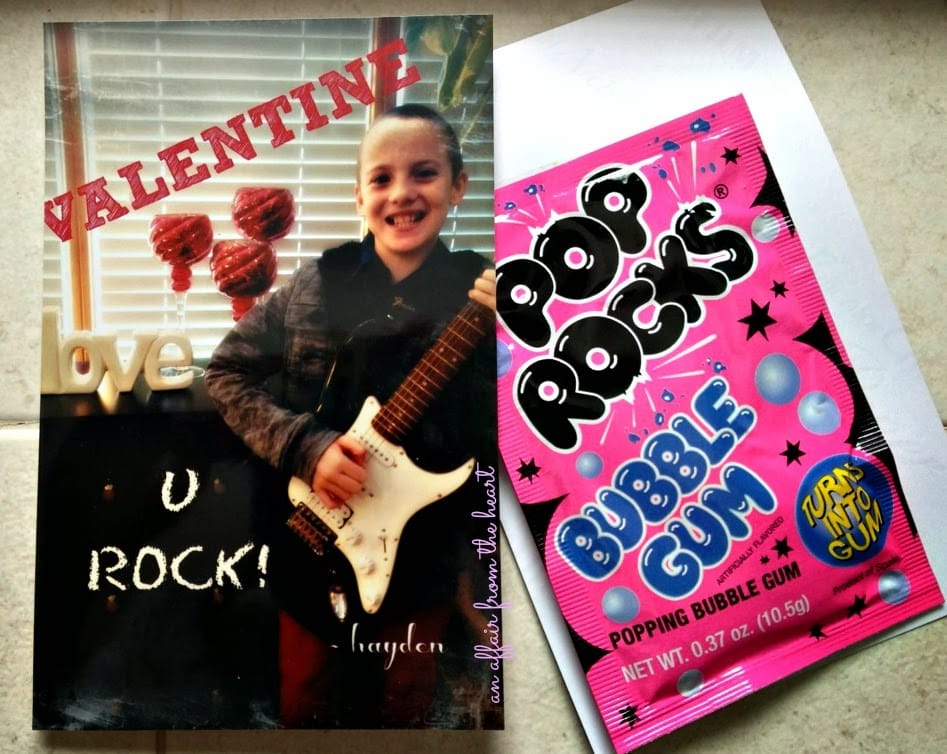 When we were making my kiddos’ homemade Valentines this year, my son, Hayden loved the idea of using Pop Rocks and the “U Rock” idea.
I needed to buy a lot of Pop Rocks, though, so I got on Amazon to see what they had.
(Amazon seriously has EVERYTHING!!)
When I saw these bubble gum ones, we were sold!!
I placed an order and in a couple of days, they were on my porch!
I took a picture of Hayden dressed in his red skinny jeans and sup cool hoodie, holding my oldest daughter’s electric guitar.
In picmonkey, my photo editing site I use, I chose the daguerreotype frame setting to make the picture look funky-rock ish…
chose some cool fonts and sent it off to be printed at Walgreens.
An hour later, we were sticking Pop Rocks to the back of each picture with double sided tape.
Valentine’s Made!!
Here are some of the other Valentine’s we have made in the past: 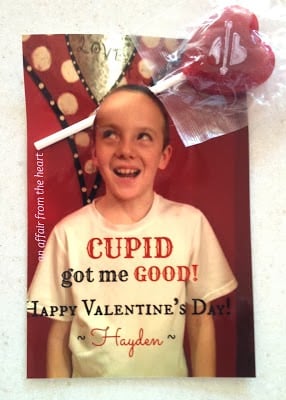 Hey! I’m Michaela, welcome to my kitchen!  While you’re here with me, I hope that you will find all sorts of simple and yummy recipes to share with your family. I pride myself on sharing tried ... END_OF_DOCUMENT_TOKEN_TO_BE_REPLACED