Anytime you can make something from scratch, it’s just always better.  Homemade Pumpkin Pie Spice is no exception to that rule.  Fresh spices, measured by you to your liking and your palate.  Doesn’t get any better than that, right? 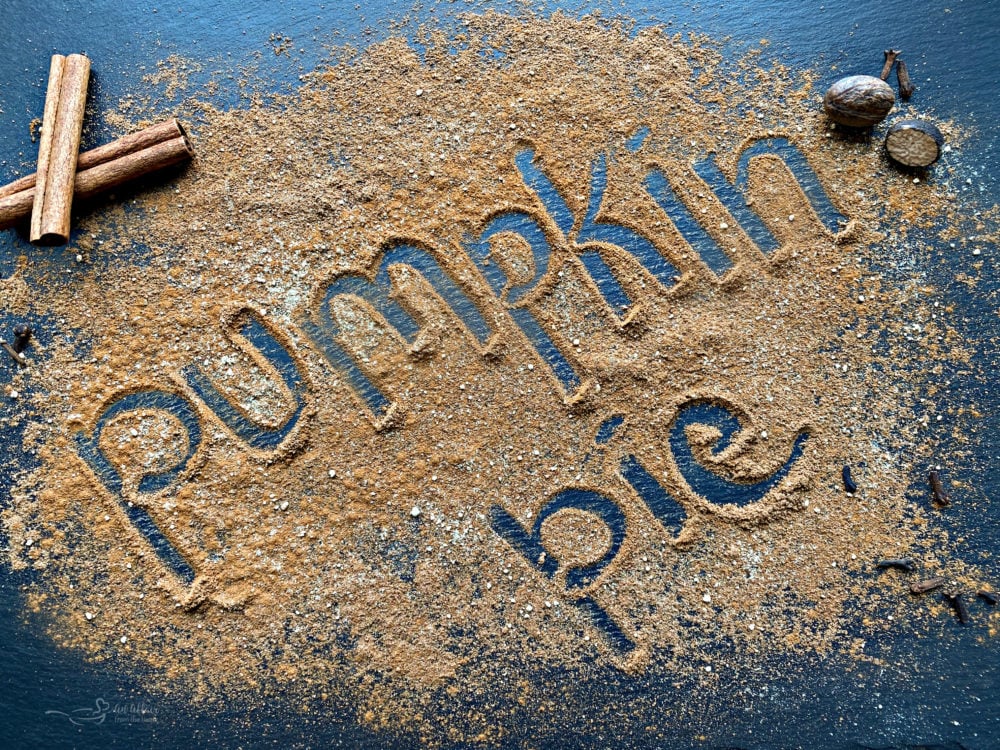 Pumpkin season is upon us, my friends, and I for one couldn’t be happier! Seriously, for all of those people who get irritated by pumpkin spice everything — I will love it just a little more for you!

I go through A LOT of pumpkin pie spice in the fall.  Heck, I use it year round, I mean, have you ever added it to your pancakes? Game changer.   For years I have made my own, I have just never shared it with you, until today.

The great thing about homemade pumpkin pie spice is you have that extra bit of control over the spice blend. Also, you can make sure to use fresh spices.

Sometimes the pre-blended versions of pumpkin pie spice and apple pie spice have lost their pizzazz by the time you use them.

What is the difference between apple pie spice and pumpkin pie spice?

Pumpkin pie spice always contains ground ginger, and in many cases allspice, too.

Make sure if you make your own pumpkin pie spice to label and date it.  You don’t want your apple pie to taste like a pumpkin pie or vice versa! 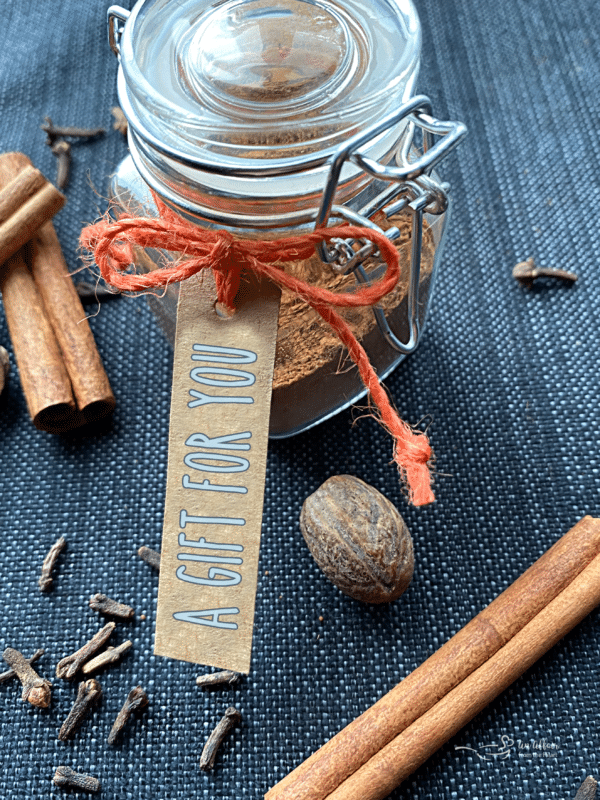 In most cases, pumpkin pie spice contains allspice, nutmeg, cinnamon, clove, and ginger. You probably are thinking that sounds a lot like apple pie spice. However, it is distinctly different.

Pumpkin benefits from the extra bit of warming spices, in this case, ginger and allspice.

But I add something that not everyone does. You see, for years, I purchased my spices from Penzey’s.  In the last few years though, I have began purchasing them elsewhere, from a locally owned store called Savory Spice.

I won’t get into the why I have changed, but one thing I loved about Penzey’s apple pie and pumpkin pie spice blends were the addition of an underrated spice called mace. 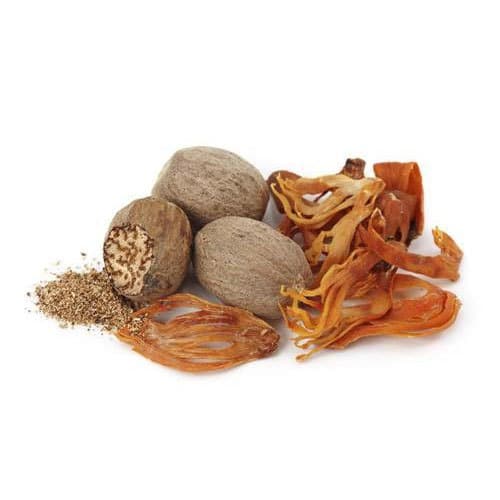 What is the spice called Mace?

Mace is a sister spice to nutmeg. Mace is the airl, or the protective coating of the nutmeg seeds.  Mace has a sharper, less sweet taste than nutmeg, and is much easier to grind.

It has a citrus appeal that can be compared to coriander, which is also known to be an addition to some pumpkin spice mixes. I love the flavor it gives this spice mix, and I hope that you will, too! 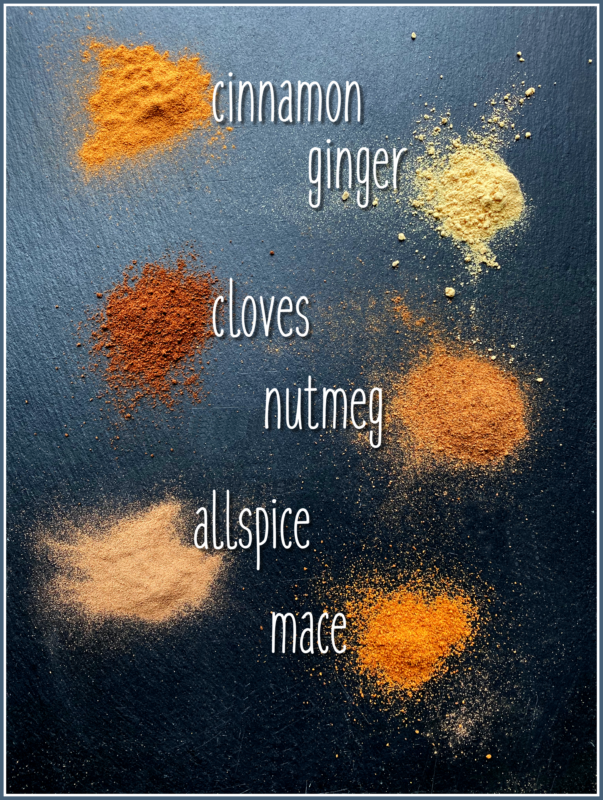 How to make Pumpkin Pie Spice from scratch

When you make pumpkin pie spice from scratch, you definitely can make a little extra to use again later. You don’t have to use it for pumpkin pies exclusively either.

The most important thing when you make it from scratch is not to confuse teaspoons with tablespoons. Don’t laugh. Everyone has made that mistake at some point. Only in this case, too much clove or nutmeg can really ruin a good pumpkin pie!

Simply combine the spices together, and store them in an airtight container.  I love these little spice jars I found.  Again, love more cinnamon? Add a little more, not a huge fan of allspice? Add less or leave it out entirely.  That is the beauty of making your own homemade spices, they are your own. 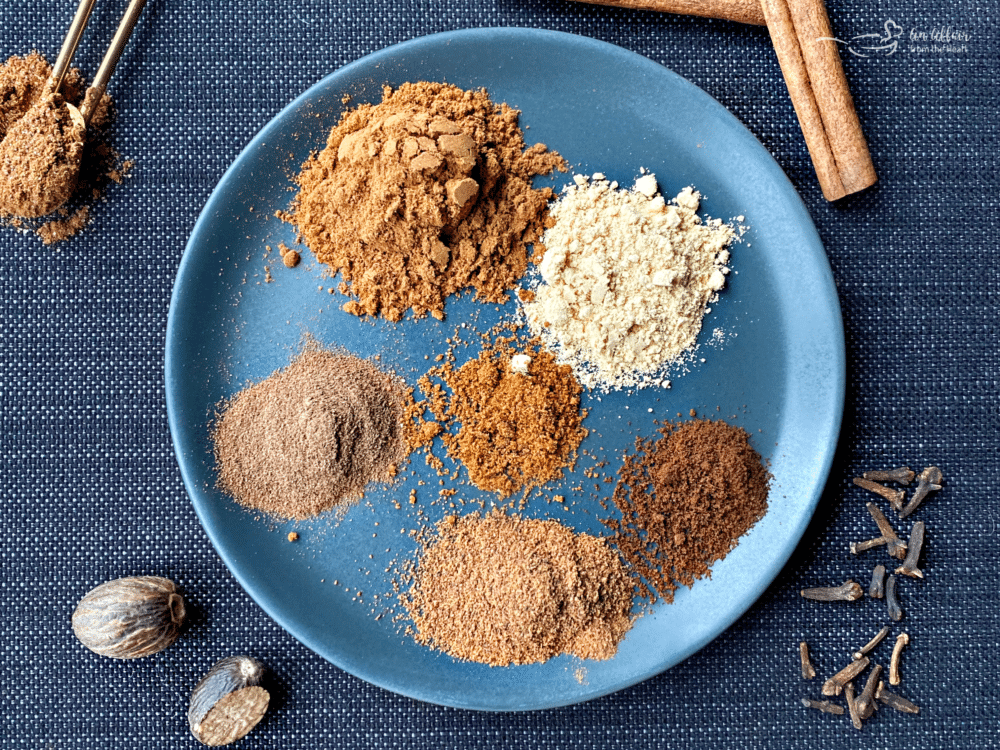 How much Pumpkin Pie Spice to use in a pie?

Since you will have this pre-measured pumpkin pie spice, you may wonder how much to use in the pie recipe that suggests individual spices in the recipe. Essentially, if the recipe calls for a teaspoon of cinnamon, then you would use 1 ½ to 2 teaspoons of your premixed spice blend.

This recipe here makes just shy of 2 Tablespoons.  Enough for about 3 pies.  I typically quadruple it when I make it, so I have it on hand throughout the fall baking season.  I included those measurements in the notes section of the printable recipe card below. 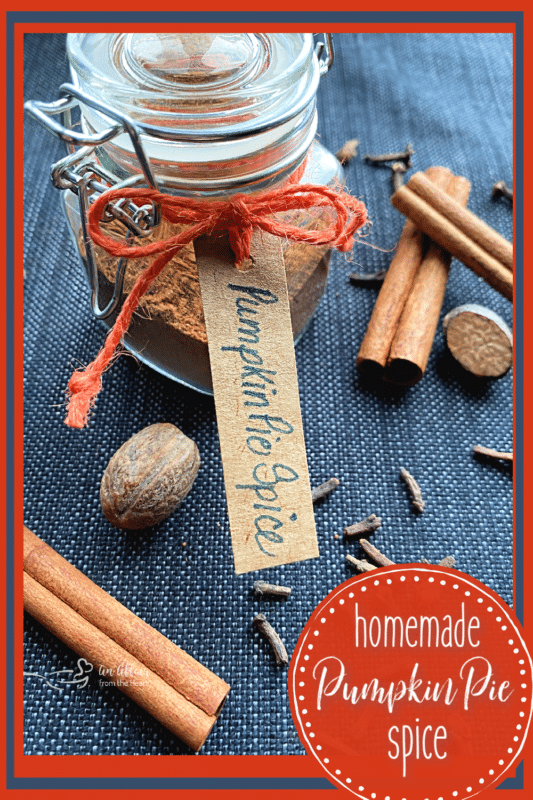 Don’t forget where you found this great homemade pumpkin pie spice recipe! Pin it to your favorite Pinterest recipes board before you go!

What else can I use pumpkin pie spice for?

If you have never used this blend for pancakes then you are missing out! Just a sprinkle works wonders. You can also create those seasonal lattes that never last long enough any time you want by adding some to your coffee. A little sprinkle on pork or poultry works wonders too and adds some savory deliciousness.

Mix a bit into some vanilla ice cream if you want to get creative and enjoy a different dessert than just pie too. 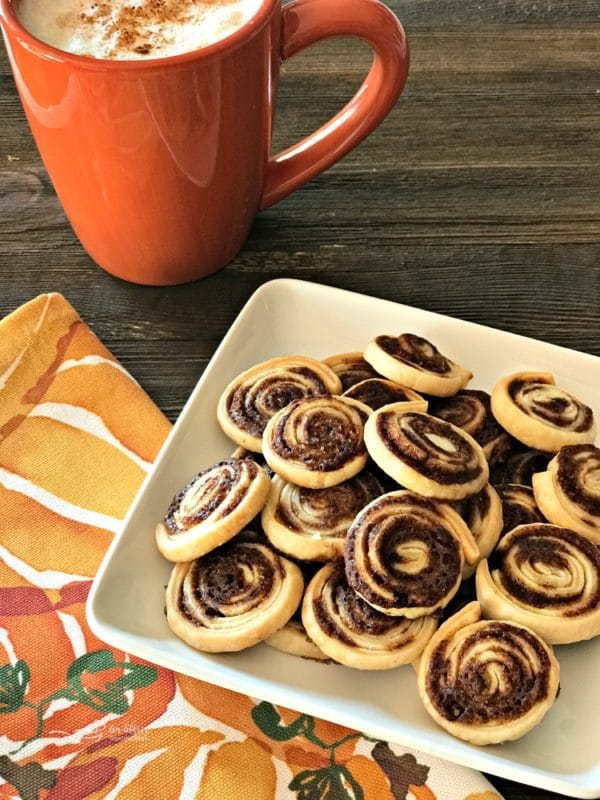 Here are some other ideas for ways to use your homemade pumpkin spice blend: 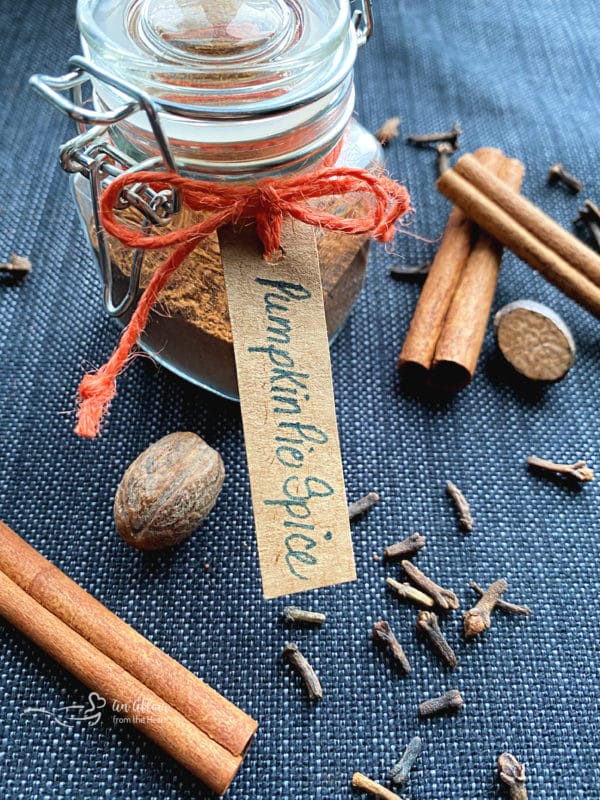 Use in place of single spices for pumpkin pies and desserts.

Hey! I’m Michaela, welcome to my kitchen!  While you’re here with me, I hope that you will find all sorts of simple and yummy recipes to share with your family. I pride myself on sharing tried ... END_OF_DOCUMENT_TOKEN_TO_BE_REPLACED 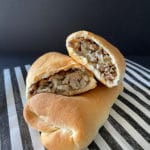 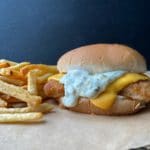 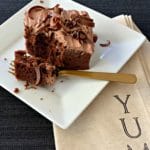