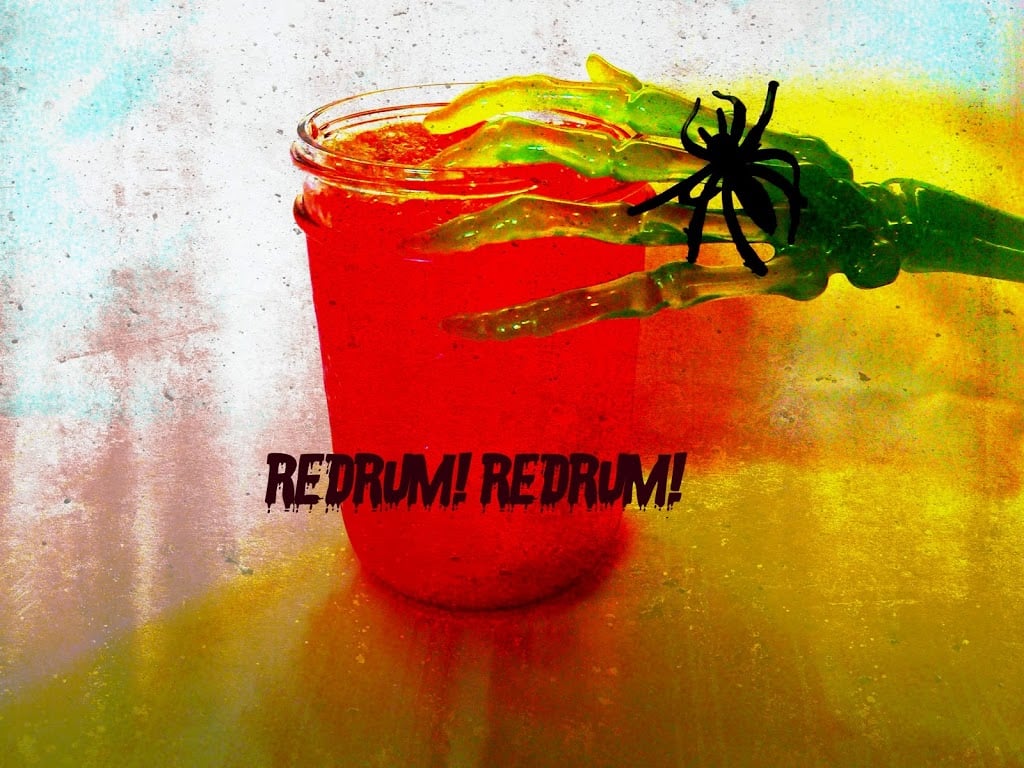 bone chilling frozen RedRum punch
Who hasn’t seen the movie The Shining?
Well, if you haven’t, you need to.
I will be the first to admit that scary movies are NOT my favorite. Especially the slasher kind.
But movies like this one, that keep you on the edge of your seat, biting your nails, or snuggling close to that special someone only to leave a bruise on their leg where you grabbed it in a moment of fear…
…these movies are so worth it!
The Shining is a movie like that.
A family trapped in a snowstorm in a hotel in the mountains, totally alone, and totally losing their minds. 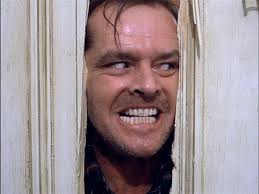 “Here’s Johnny!”
Jack Nicholson plays an author that thinks an opportunity of spending the winter at this hotel with his family to work on his book, sounds like the perfect way to spend the winter.
But quickly things turn badly. 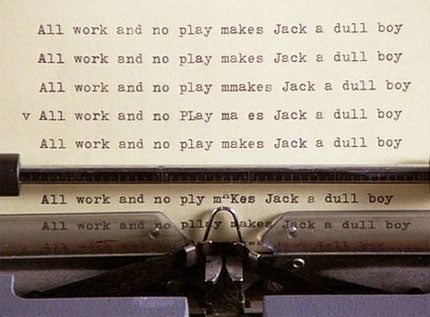 all work and no play makes Jack a dull boy.
As he types and types and slowly begins to lose his marbles his son begins seeing things and people that aren’t there.  Peddling the halls on his big wheel, he begins to repeat the word “REDRUM.” 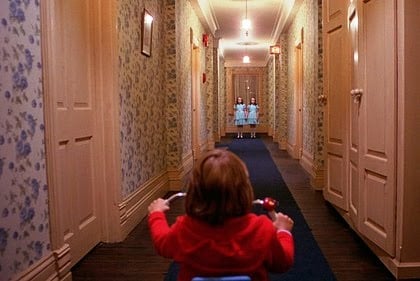 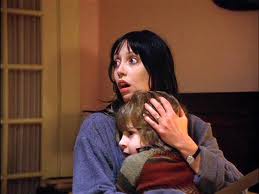 the mom is played by Shelley Duvall
One night the son walks into his mother’s room where she is sleeping, and takes her red lipstick and writes REDRUM on her door. 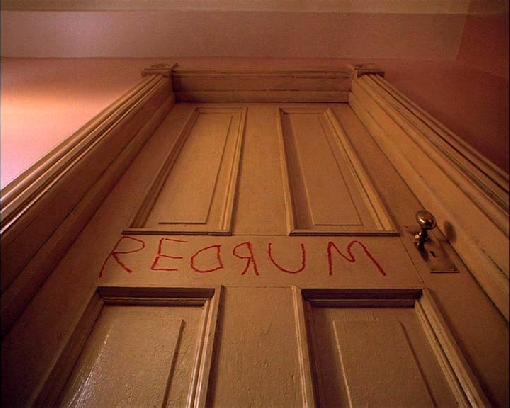 She awakens to see him standing over her with a butcher knife, repeating REDRUM, REDRUM over and over again.
She looks to the door and then looks in the mirror across from it to see that REDRUM, spelled backwards spells MURDER.
This is the scene from the movie 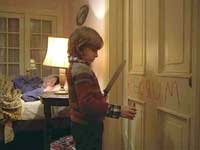 ~LINK TO MOVIE CLIP ~
This movie was released in 1980, and it still scares the bejeepers out of me!!
One night last week, I was laying in bed trying to fall asleep, and my mind was wandering to food…my blog… the places it usually goes.
We had tickets for the Husker game that Saturday, and it was an early one, so I was trying to think of what to make for the tailgate before.
I decided to make those little cocktail weenies wrapped in bacon and baked with brown sugar.
They are always a hit, and seemed good for the morning!
I didn’t take a picture of them, but here is a link to the instructions for them:
Bacon Wrapped Cocktail Weenies with Brown Sugar
Turns out, the weenies also doubled as a nice handwarmer!
I needed something creative for the Huskers and for Halloween weekend.
I started thinking about drinks that were red.
All of the sudden, REDRUM popped into my brain and the drink was born.
The next day I started creating it to put it in the freezer.
I have made my recipe for Vodka Slushes many times, and I know that the recipe is tried and true, so I used the alcohol vs. liquid in that recipe to gauge measurements for this one. 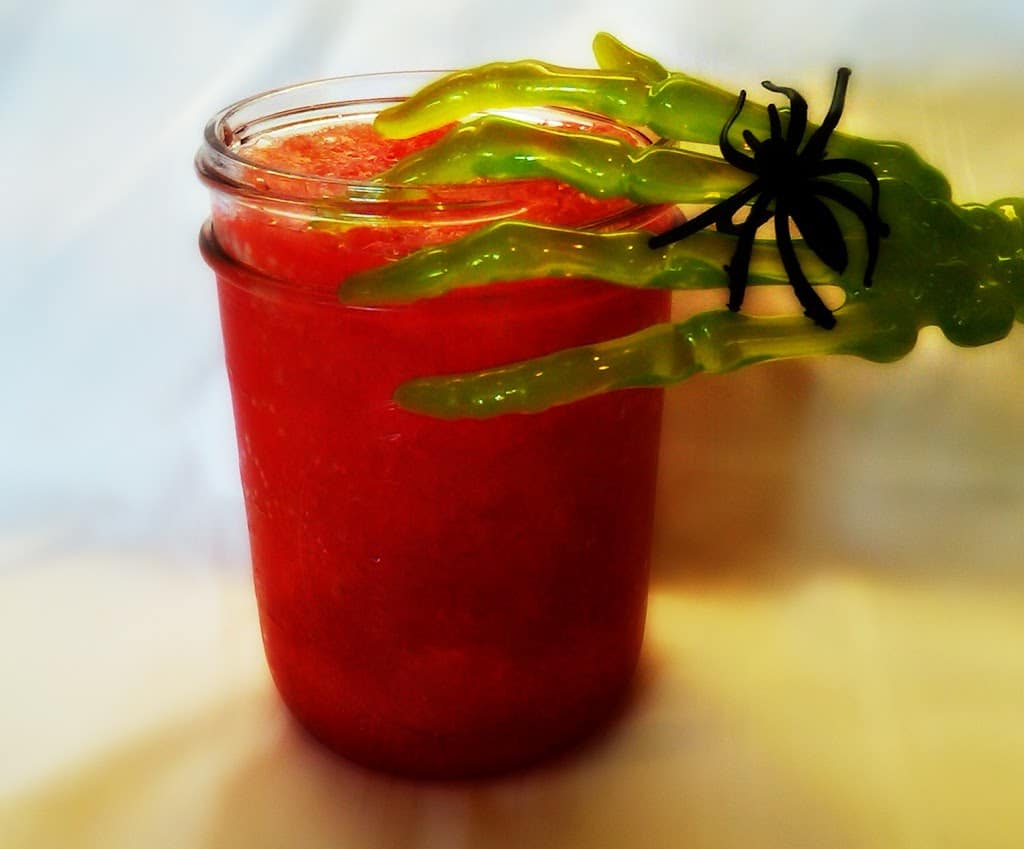 frozen RedRum punch
It was 27 degrees yesterday morning when we were tailgating, it was sort of nippy for a frozen drink, but the sun was shining, my Huskers had won, and life was good!
We took my brother and his fiance to the game, we had a GREAT Time! 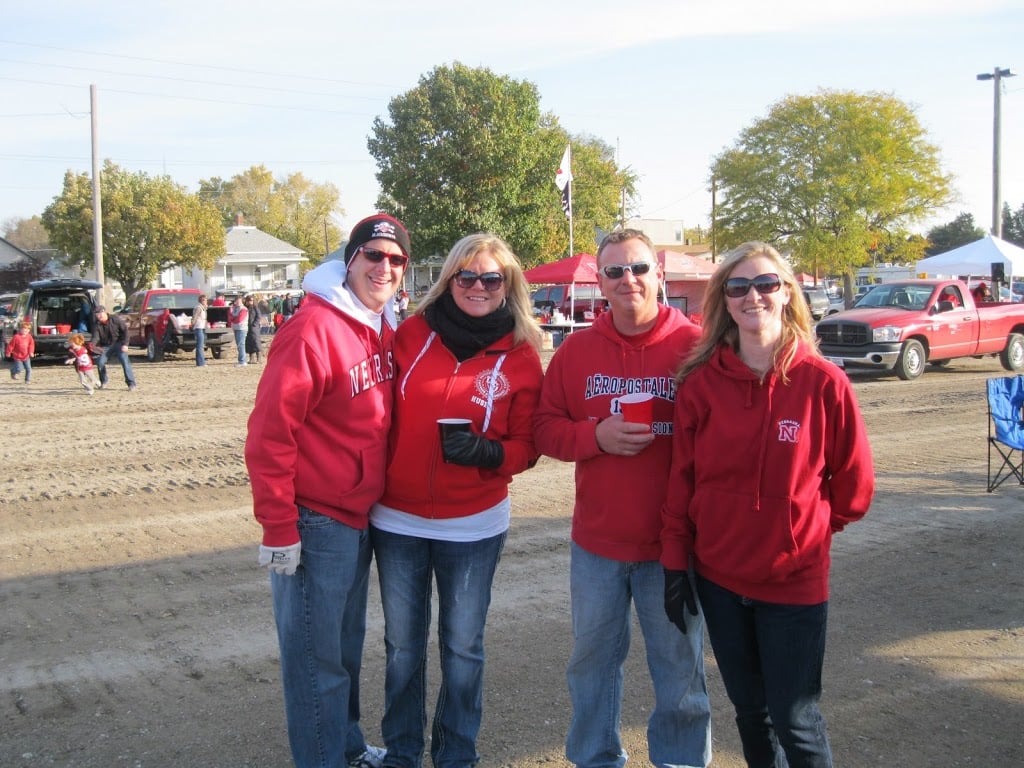 Stir ingredients together and freeze for at least 24 hours.

Scoop into glass and pour 7UP over the top.

Hey! I’m Michaela, welcome to my kitchen!  While you’re here with me, I hope that you will find all sorts of simple and yummy recipes to share with your family. I pride myself on sharing tried ... END_OF_DOCUMENT_TOKEN_TO_BE_REPLACED