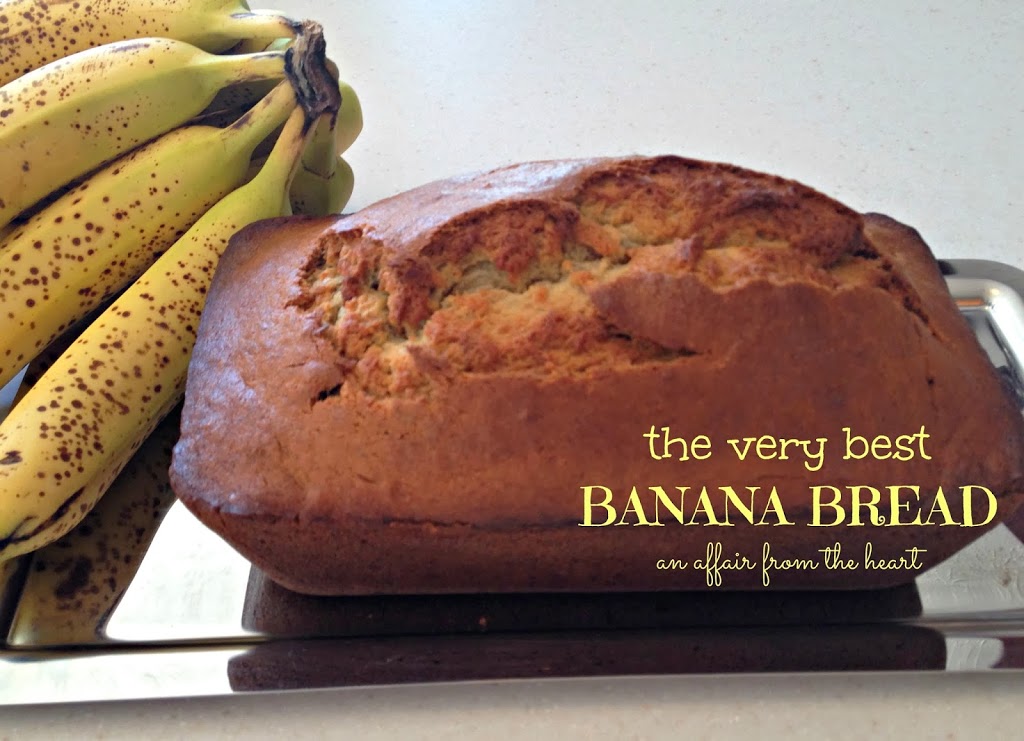 grandma’s banana bread
How does that saying go?
“when life hands you lemons…make margaritas??? er…uh… I mean lemonade?” 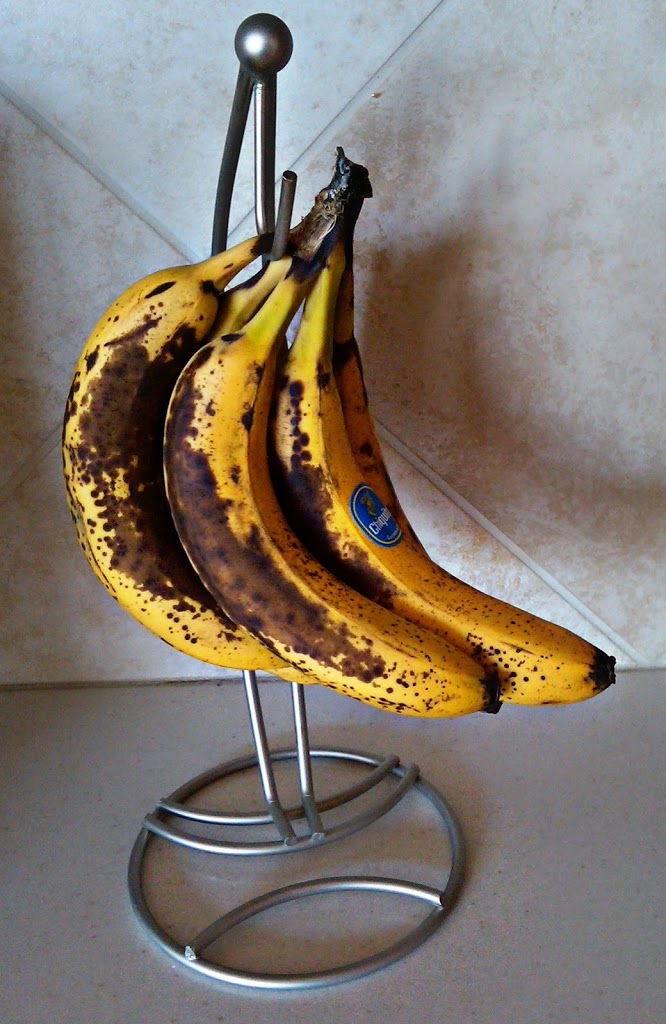 Well what do you do when life hands you overly ripe bananas??
Make banana bread,  of course!
I just have to ask a somewhat unrelated question…. am I the only one who thinks of Gwen Stefani’s “Hollaback Girl” song when I spell Bananas?!!?
“This shhhh is bananas… B-A-N-A-N-A-S!!”

http://www.youtube.com/watch?v=Kgjkth6BRRY
Figured I would add the link to her video, in case you wanted to listen to it while you baked bread…
but don’t blame me the next time you spell bananas as a “cheer!” 😉
I have always liked banana bread since I was a kid.  But when I grew up, for some reason it just never turned out right when I made it.
I mean, SERIOUSLY how hard could it be, right?
Well, I was over my friend, Tonja’s house when our oldest were knee high and she had made banana bread.
It was SO GOOD!!  She looked at me like I was nuts, I mean it’s banana bread right??
Well, Tonja, is an incredible baker, so I am sure my “wow factor” to her was like…
“gee…ok…it’s pretty good…it’s just banana bread.”
So, needless to say I got the recipe from her.
Banana bread at my house hasn’t been the same since.
I guess I wasn’t so crazy, because I have had many friends say they don’t have a good banana bread recipe either and I have shared it with them, and they think the same thing.
This isn’t your average banana bread, folks.
When my kids were little, we would make this together.
I mean what kid doesn’t like mashing bananas with a potato masher?!

We would follow the recipe, and mix it together and I would say
“There’s one ingredient that isn’t on the recipe.”
I told them it was “my special ingredient” and I would whisper that they needed to keep a secret. As I looked over both shoulders to make sure that no one was watching, I sprinkled in cinnamon to the batter. 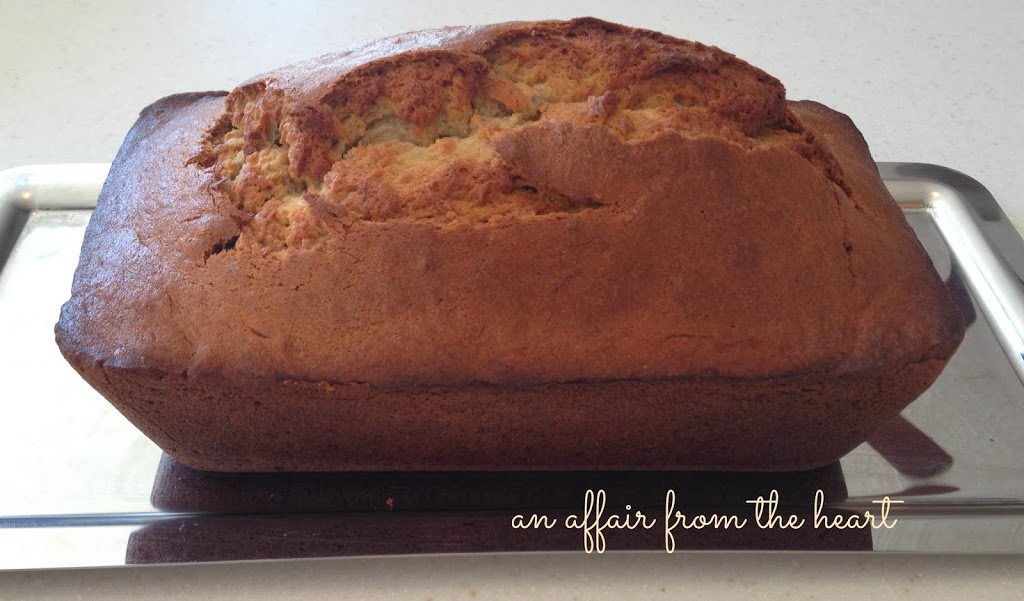 Ok… I’m not so cool to you guys, but my kids thought I was telling them something very top secret!
Well, my secret is out…and it’s safe with you right?
This amazing recipe only gets better when you add the cinnamon.
Thank you, Tonja, from me, and from all of the others who had banana bread recipes that were just “okay.”
This one is a treasure! 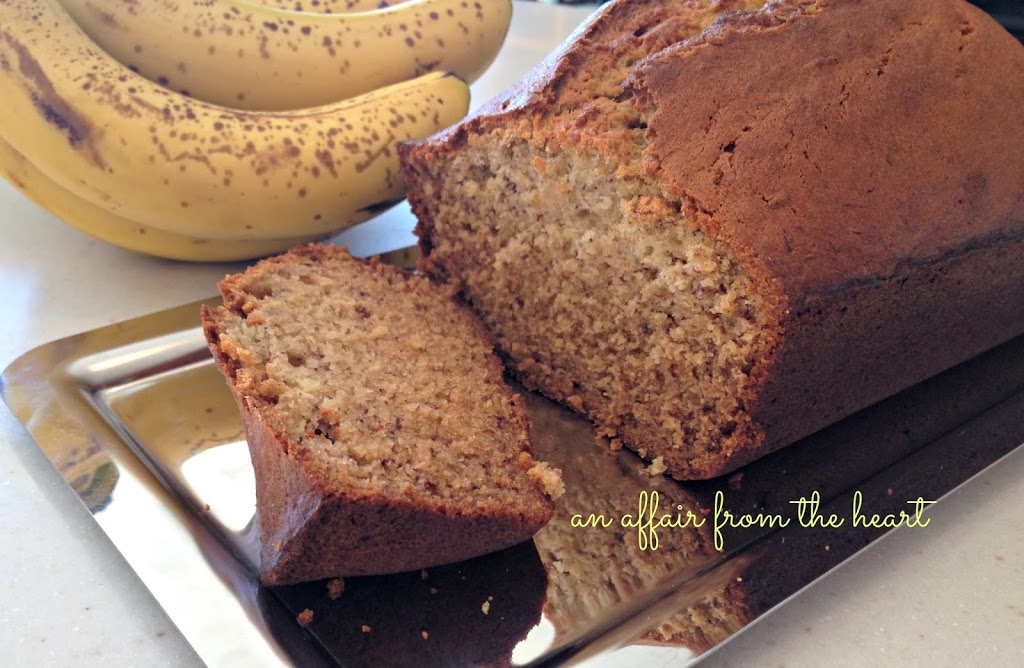 Combine all ingredients and bake in a prepared loaf pan at 350 degrees for one hour.

Hey, there! I am Michaela. I have been a stay at home Mom to my four children for a little over two decades now. I am a food blogger, dog lover, party thrower, gift giver, liver and lover of ... END_OF_DOCUMENT_TOKEN_TO_BE_REPLACED